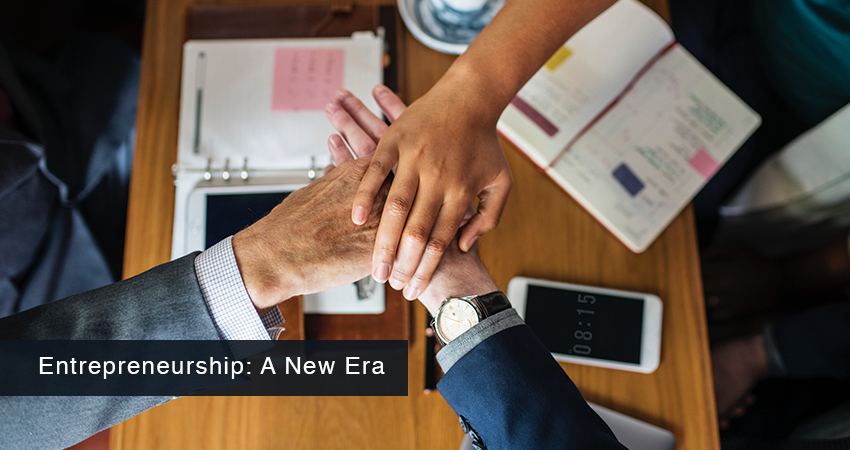 We all were entrepreneurs, but some had the potential to be one their whole life. Creating jobs and creating a whole new innovative market for what they desire for is a talent exclusive to some. Entrepreneurs have always been the future, be it in 1952 colonel sanders, or 1976 Steve Jobs, they with their exceptional ability to fight against all the odds was what made them legends. You must be thinking they were totally different people with different stories then why mention them together? The answer is there is one similarity, and that is them always listening to the noise inside their head instead of the noise surrounding them. They never feared failures, they never gave up and that’s the core value of being an entrepreneur.

Entrepreneurs are not the ones sitting in big offices, but the ones sitting under the trees seeking for opportunities. They are marvellous mixture of dreamers and doers; they desire and then work hard to achieve it. They have the capability to make you see the future as they want to; they have the capacity to form a world of their own in your head so as to make you do things their way. Entrepreneurs are not just dreamers or doers but also great communicators; they always know: WHEN to speak, WHERE to speak, WHAT to speak, to WHOM to speak.

The cliché 9-6 jobs are stuck to what the designation is, but being an entrepreneur is a jobs never ending, they can and will work a clerks job too if they have to. No job, no designation is small or insulting to them. They respect each and every worker in their organisation, and that is what makes them so different. The fire, the passion in them is so ignite that neither failures nor disturbing surroundings could break them. Entrepreneurs have always learnt the hard way, and therefore they have both theoretical and practical knowledge, which makes them entitled to the WORLD.

Problems exist, but for the entrepreneurs they are opportunities. They seek for chances; chances to change, to innovate. And they are excellent opportunity grabbers. A gap in the market is what they look for. AZIM PREMJI being the perfect example here, WIPRO used to initially trade in vegetable oils, then expanded in the food and toiletries market, after the emergence of IT field in India, AZIM PREMJI took advantage of the gap left by IBM in India, and took the IT world by storm. Here the story remains same opportunity seeking and grabbing, but one thing that makes him and his story different, is the mindset of not being stuck in one field and expanding business, taking risks, for growing.

What we lack in is the urge to know. The need and want to seek knowledge is extinct, entrepreneurs are always learning. They believe learning new things from new people is what makes the world a place worth living. They won’t feel shame in asking a 5 year old kid, a beggar, an illiterate, for knowledge.

Leading the path, igniting the way, being a director, a captain is what being an entrepreneur is all about. Great entrepreneurs will always be a team player and a great leader. Leading is not merely guiding the way, but to actually pave the way for their team to move ahead.  Great leaders will always fight the battles with their army and not just sit on their throne and watch his/her men being slaughtered. Entrepreneurs are successful because they never forget; they will always take good care of the people working for them.

How to make a startup to a small business and then become the role model for many can be seen from Mehul Panchal. He is the man behind the Filter Concept Private Limited is the role model for many and he is highly regarded as one of the top influential young entrepreneurs in the manufacturing engineer background. Today he is the driving force behind India’s filtration solutions.

Coming from an engineering background, Mehul Panchal never failed to look back when he started off his small business.  He did not know much about manufacturing skills but yearn to learn made him prolific in the filtration industry. It is because of his hard work and long years of learning that made him a successful entrepreneur.

If you ever wondered why entrepreneurs are successful? It is so because they are used to enormous hours spent on planning. They have been into projects for years to years in order to provide a superlative project. A team leader is never born but is made. When you are an entrepreneur, the team leader within you calls you out for building company of your own, a vision that can make your dream come true. Who said you have to stick to the cliché 9 to 5 job! Well, as it may be seen, there are innumerable examples of entrepreneurs making it large with small wins. Which suggests, no business is small, no work in less, always stay focused to what you want and seek ways for how to reach it, and you most certainly will.